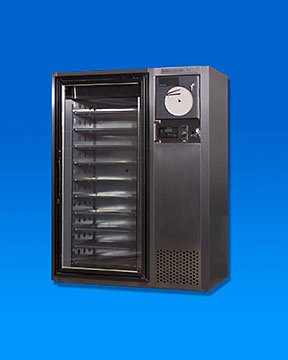 Last week, the New York Times reported that two-thirds of the world is facing severe water shortages at least once a year. A large chunk of the affected population is in India and China, but areas of the United States like Texas, Florida, and California are included in the impact area. California, specifically, has experienced a well-publicized drought for the last several years.

California has been under drought conditions since 2011. Their water infrastructure relies heavily on snowpack. During the winter months, snow accumulates in the Sierra Nevada Mountains, and when that snow melts in the dry summer months the melt-water fills their reservoirs. However, snowpack has been severely reduced recently, with March 2015 totals measuring only 19% of average. The paucity of water in the reservoirs has led to increased reliance on groundwater, which has stressed the aquifers’ supply, reducing the overall water supply even further.

In 2015, in an attempt to deal with the over-taxed water resources, the state of California issued mandatory water cutbacks to the state’s water supply agencies. These cutbacks called for a 25% reduction in water use from California residents compared to 2013 levels. These requirements were recently extended through October 2016.

The future looks rough as well. Although the Intergovernmental Panel on Climate Change (IPCC) has not verified any link between increased frequency of drought and climate change, the rising global temperatures are very real. The higher temperatures will lead to more evaporation, stressing reservoirs even more than they are now.

So, what can we do to fix the problem? This Mother Jones article has some very helpful graphics for visualizing where conservation efforts can be applied. For example, water reuse could save between 1.2 and 1.8 million acre-feet (about 400-600 billion gallons) of water every year in California.

Powers Scientific has a green option for customers looking to maximize the efficiency of their humidified chambers by reusing water. If you have, or are ordering, one of our Temperature/Humidity Stability Chambers or Humidified Incubators with one of our HUMGEN hot-target style humidity generators, you can also purchase a Condensate Capture and Re-circulation System. Normally, these chambers are hooked up to an external supply of ultra-pure de-ionized (UPDI) water, and the condensate is collected from the evaporator coils and pumped to a floor drain (or other discharge location). Rather than waste this water, and requiring a constant intake of UPDI water, the re-circulation system takes the condensate and converts it to the proper UPDI quality for the humidity generators. Then it feeds the recycled water back into the intake of the chamber at the correct pressure.

Each UPDI re-circulation system can supply two chambers, if positioned between them. The re-circulation system has a 15 gallon UPDI water container to supply the main water intake, and can be topped off periodically with UPDI water to compensate for evaporation. This system eliminates the need for water access in the laboratory and offers a green solution for water-restricted or environmentally conscious facilities.