Zebrafish and the Origins of Sleep 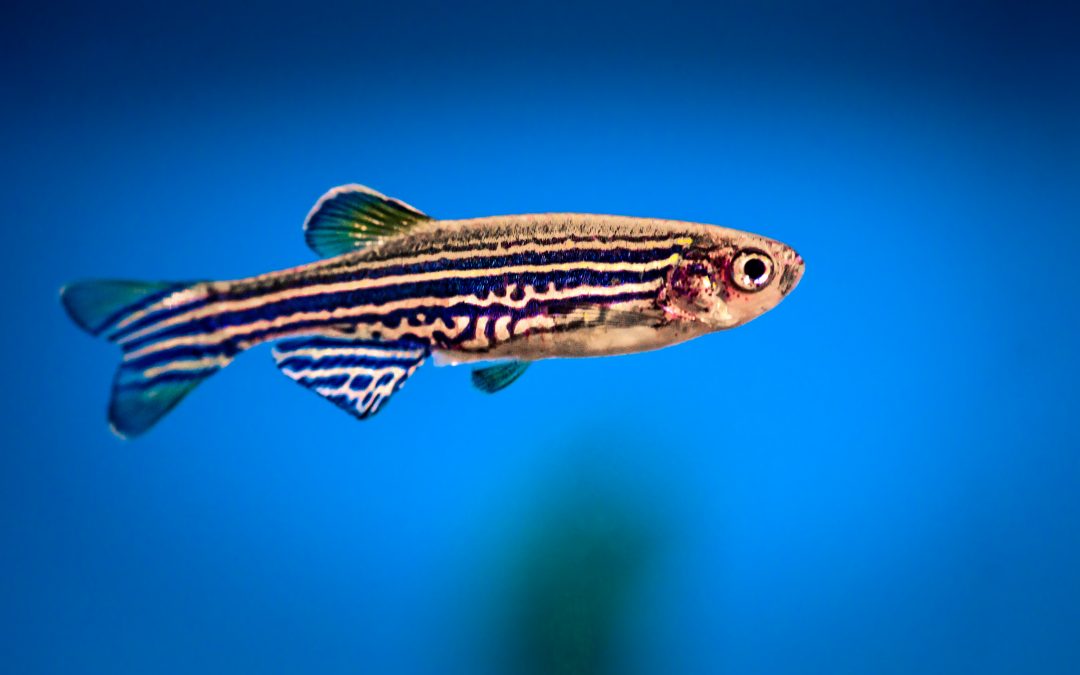 “Sleep is the golden chain that ties health and our bodies together.” — Thomas Dekker

We spend about a third of our lives asleep. Sleep has very important functions for humans, as well as for many other animals, although its specific benefits still aren’t well understood. Scientists have been studying sleep for decades, both in humans and animals. In animal research, most studies have focused on mammals, birds, and lizards, as these tend to be the easiest type of animals to work with, in terms of monitoring brain activity, heart rate and other metrics.

Scientists know that other animals, such as fruit flies, nematodes, octopi and others have rest cycles that are sleep-like. However, they previously didn’t have a good way to monitor them to figure out what was going on biologically during their rest states. A new approach was recently implemented at Stanford University School of Medicine, using zebrafish. Researchers genetically engineered zebrafish cells with a fluorescent molecule that lights up when it is exposed to calcium. Calcium is released by nerve cells when they fire and by muscles when they are active. When this released calcium encountered the engineered molecules, a flash of light was emitted. Since zebrafish larvae are transparent, the scientists used an optical microscope to observe them, tracking when and where the flashes were occurring.

They found that zebrafish brains experience types of activity similar to what we experience. One sleep state was very similar to slow-wave sleep, with neurons firing in short bursts in certain parts of the zebrafish brain. The researchers referred to this as “slow-bursting” sleep. Zebrafish also experience a state of frenzied brain activity like REM sleep, where their brain exhibits cascading chains of intense brain activity. The researchers referred to this as “propagating-wave” sleep.

So, what does this discovery mean? It suggests that the basic neurological and biological elements of sleep evolved in an ancient ancestor of zebrafish, probably 450 million years ago and long before mammals emerged. Stanford researchers found that basic sleep patterns occurred about 150 million years earlier than was thought previously.

Our refrigerated incubators are well suited for zebrafish studies like this one. They have a temperature range of 2-50°C, and can easily maintain the warm zebrafish environment. They can also be adapted to create environments requiring vibration resistance, complete darkness, intense lighting, or a combination of variables. A microprocessor controls and displays the chamber temperature, and high and low temperature mechanical failsafes protect chamber contents in the unlikely event of a temperature excursion. For zebrafish applications, we use cool white (5000K color) LED lights. The light from these LEDs is most intense in the blue spectrum that is favorable for zebrafish rearing.