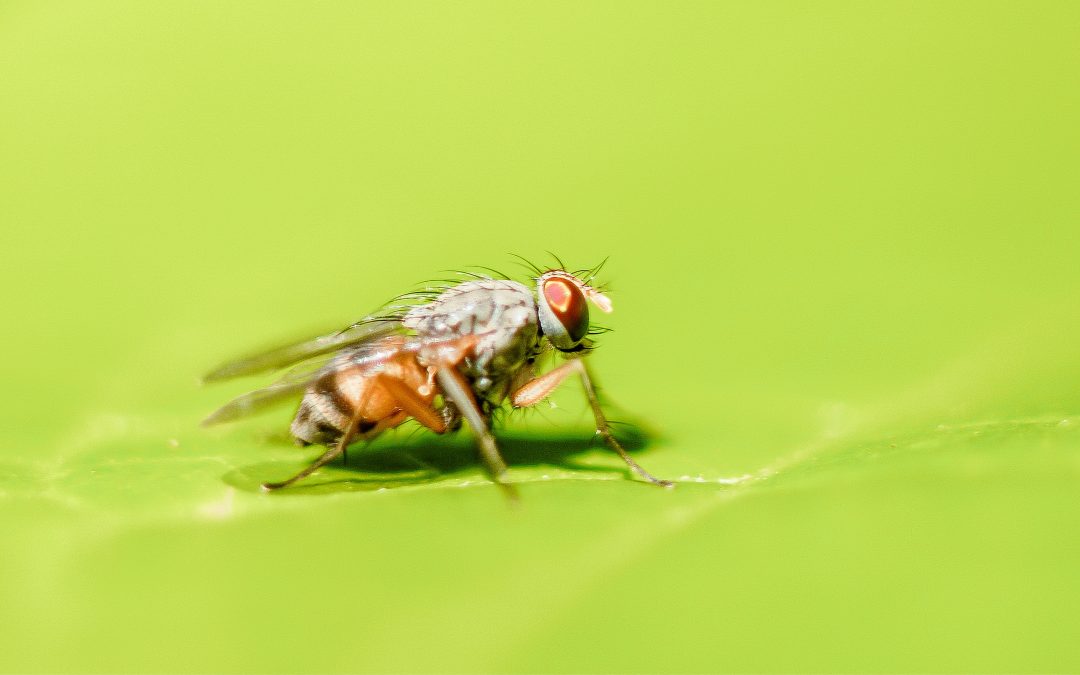 The light of the sun fuels all life on Earth. Of course, with the massive amount of electromagnetic energy the sun delivers to the planet, there are going to be some dangerous side effects. For example, the toxic effects of ultraviolet (UV) light are well established. Short-wave (i.e., UVB and UVC) radiation in particular is known to cause damage to DNA, which leads to skin cancer in humans as well as having lethal effects on other animals and microorganisms. However, the potentially harmful effects of visible spectrum light on organisms are not as extensively studied. It is possible that certain wavelengths of visible light can be more harmful than UV light to some animals, insects in particular. It is even possible that for insects, short-wave visible light in the blue part of the spectrum could be more harmful than UV light.

A 2014 study looked at the effects of different wavelengths of visible light on the development of Drosophila melanogaster and other insects. The researchers found that blue light from LEDs (with wavelengths in the range of 440-467 nm) caused up to a 100% mortality rate for the flies before their adult emergence. The mortality rates when exposed to blue light were significantly higher compared to when the flies where exposed to LEDs delivering light at longer wavelengths on the visible spectrum. Additionally, the blue-light mortality rates were even higher than those from exposure to UV light! This was the first study to show that irradiation with visible light can be lethal to animals as complex as insects.

The effects of blue-wavelength lighting have been extensively studied in mammals, but nearly all of that research has been focused on the effects of short-wavelength visible light on the eyes and retinas. However, a new study took a deeper look at the effects of exposure to blue light, specifically from cool white LEDs, on the metabolism and physiology of rats. This was the first study to show that long-term exposure to daytime LED lighting is linked to a large spike of nocturnal melatonin levels in rats, up to seven times higher than in rats exposed to cool white fluorescent (CWF) lighting. Other metrics studied, including food and water intakes, body growth rate, and total fatty acid content of major metabolic tissues, were lower in the rats exposed to LED lighting compared to the those exposed to CWF lighting. These biological changes to the circadian rhythms of rodents could affect behavior and biology, therefore distorting and possibly devaluing rodent study results.

Powers Scientific uses LED lights in many of our refrigerator and refrigerated incubator lines. In fact, we’ve talked about using cool white LED lights in our refrigerated incubators on our website before, and how the blue-based light that they emit happens to be helpful for zebrafish development. However, we don’t use cool white LED lights in any of our Drosophila incubators or rodent incubators; we use CWF lighting or soft white LED lights in all of these models. The CWF light and soft white (a.k.a. warm white) LED spectra are not as heavily focused in lower-wavelength blue light, but instead are distributed more evenly across the entire spectrum as you can see in the adjacent graphs. Without the heavy focus on blue light, these lights provide a safer and more consistent environment for both insects and rodents.

For more information on our Drosophila incubators or rodent incubators see our product pages, our Contact Us page, or call us at (800) 998-0500.